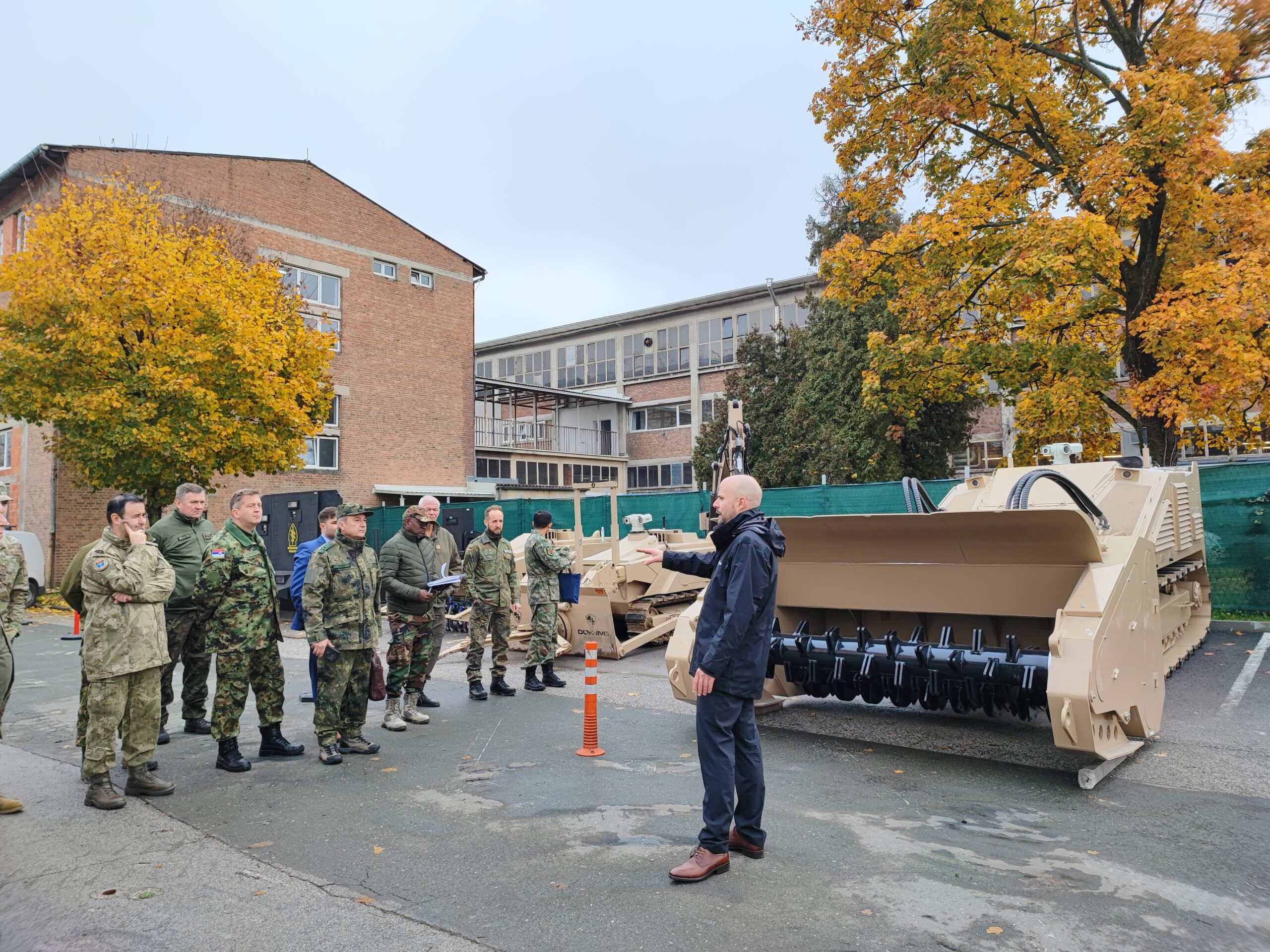 Zagreb,  Croatia, 26th November 2022 – Organized by the Ministry of Defense of the Republic of Croatia, as part of annual activities, the military-diplomatic corps of various countries from several continents around the world visited DOK-ING. The aim of the visit was to promote the Croatian defence industry. Defense military envoys had the opportunity to view DOK-ING’s robotic and autonomous systems and special-purpose equipment for military engineering, CBRNe (nuclear chemical biological and radiological), crisis situations, counter-terrorism and underground mining. 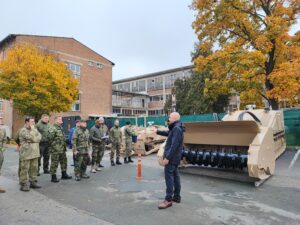 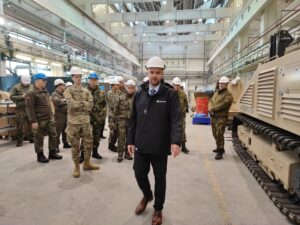 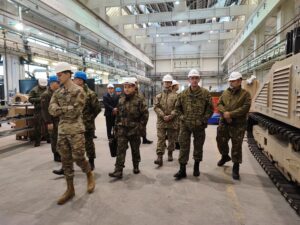 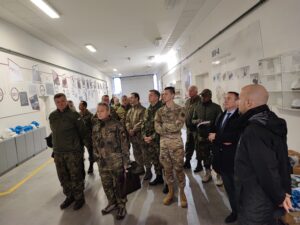 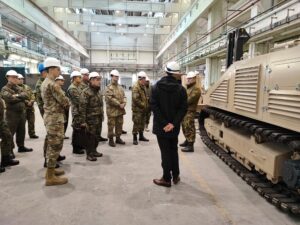 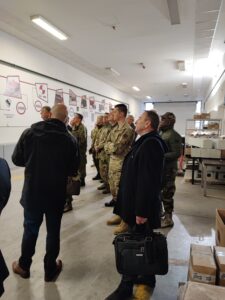 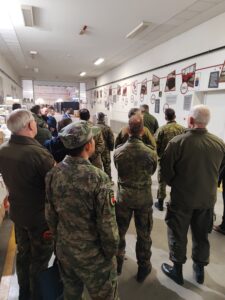 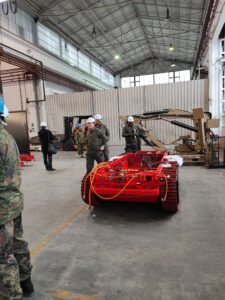 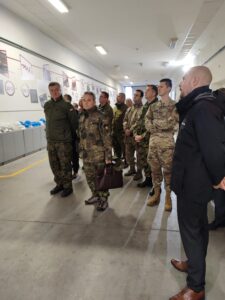 The hosts from DOK-ING were Gordan Pešić – a Member of the Board, Mirko Šundov – advisor to the DOK-ING Management Board, former General of the Corps, Chief of the General Staff of the Armed Forces of the Republic of Croatia, Mislav Manda – Sales Director and Nikša Cigoj – Key Account manager.

“We are extremely honoured that such a high delegation of the military-diplomatic corps visited DOK-ING and that they had the opportunity to see how a once small family company has grown into a leader with an 80% share of the world market. DOK-ING has sold its machines in about 40 countries around the world, and while we are slowly gaining world fame and attention, we are glad when you visit us at our Žitnjak HQ in Zagreb, where the very development and production of our robots take place, where you can essentially see and feel the heartbeat of our laboratory of innovations, which is backed by top engineering experts from our Croatian faculties, mostly from FER and FSB,” emphasizes Mislav Manda, DOK-ING’s Sales Director, and adds, “We also made a short presentation of the best-selling demining machine in the world, DOK-ING’s MV-4. They had the opportunity to see how the machine is operated by remote control from a safe distance protecting human lives which is in line with our motto Don’t send a man to do a machine’s job.”

DOK-ING is an engineering leader in the development and production of robotic and autonomous systems and equipment for special purposes. DOK-ING has proven itself as a leader in the international market with more than 80% market share of the world market of humanitarian demining machines. It does business with clients in more than 40 countries around the world. DOK-ING deals with the integration of its own innovations and new technologies develops and produces robotic and autonomous systems for the protection of human life and property in dangerous environments, primarily for military engineering, NKBR (nuclear chemical biological and radiological), crisis situations, counter-terrorism and underground mining. In more than 30 years of business, the company has been recognized for changing the industrial landscape with an innovative approach and has won more than a hundred international awards in the fields of business, innovation, and technology.