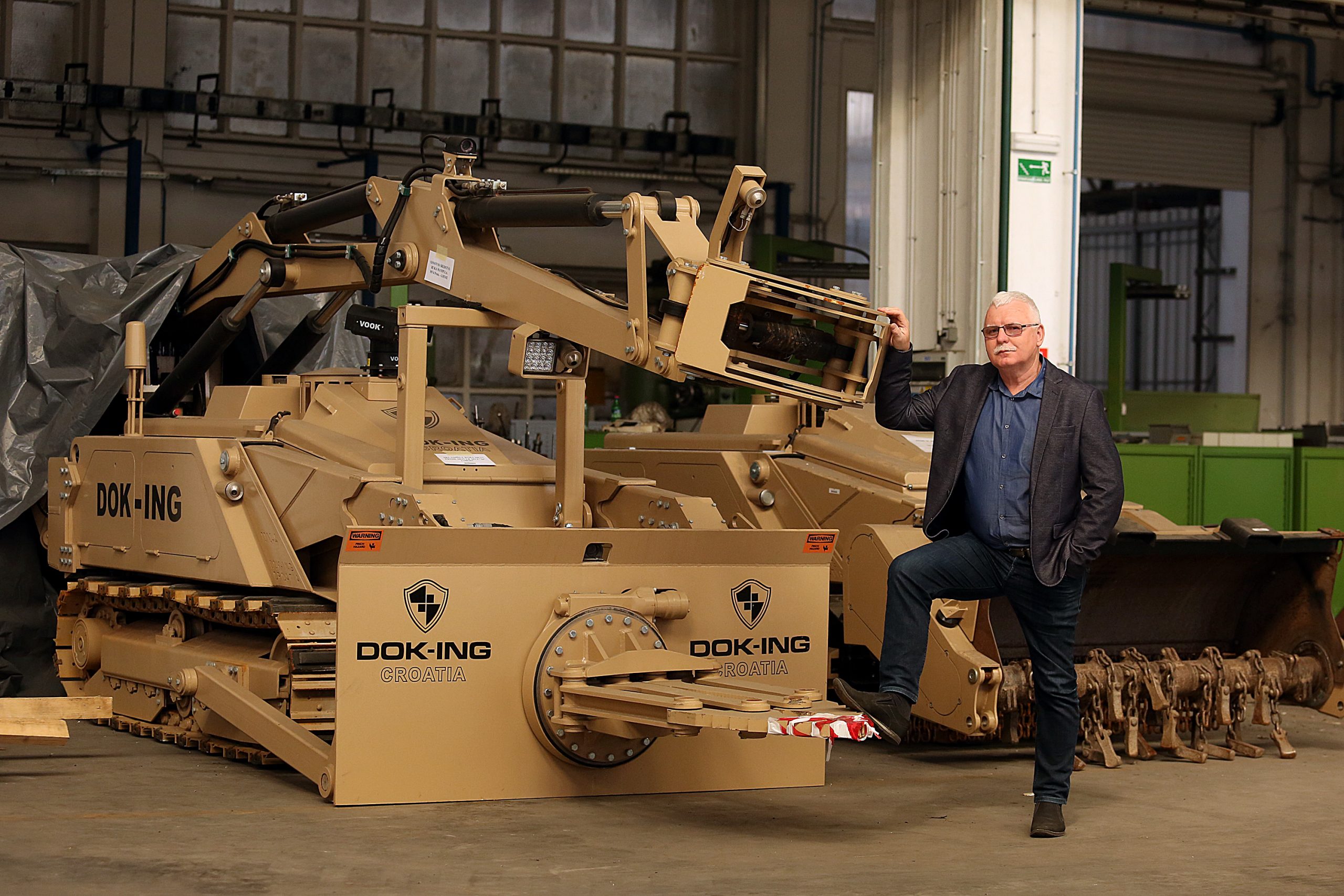 11 Feb 2021 #DOKINGforces: Vjekoslav Majetić, the founder and owner of DOK-ING

Vjekoslav Majetić, the founder and owner of DOK-ING, started the company with the vision to ensure the safety of people during the post-war period in Croatia in 1990s and return the mine suspected area back to use to its citizens. The true entrepreneurial spirit of DOK-ING’s founder can be perfectly described through variety of innovations he developed throughout the years; from mine-clearance robotic systems to an electric car.

Read on to find out more about DOK-ING’s founder and owner and to get some great entrepreneurial advice.

DOK-ING was founded during the war period in Croatia, so we believe that the circumstances at the time certainly influenced your idea of ​​developing robotic machines for humanitarian demining. Can you tell us more about that?

Our idea arose from the post-war needs in Croatia, and from the essential need to return the mine suspected area back to use to its citizens. We developed the idea and made a machine that was operationally and economically acceptable for us, so that demining work could be done without much damage and cost. Back then, we were the only company in the world that produced mine clearance machines and performed demining operations, and today we are at the forefront of the world production of mine clearance machines.

As one of the most famous Croatian entrepreneurs and innovators, describe your typical working day.

Every day at work is different; it’s full of various ideas and observations of what’s going on around us, as well as motivating the people I work with. There are a lot of planned meetings, but also lots of unplanned and emergency interventions if it’s necessary to provide support to our people.

What is your favorite DOK-ING’s project?

Every project is very special to me because in life I always do things that make me happy. I love all the employees, as well as all the products we all made together, under my guidance.

Sometimes even when the idea of the final products and the safety it would bring to the global market was not fully understood; we always persisted together and, in the end, removed the suffering and pain of people by destroying lethal means with our most popular MV-4 machine.

But for me and for my personal satisfaction, my favorite project was the XD electric car. It was my childhood dream to make my own vehicle according to measures of the city lifestyle.

Have you ever wanted to have a superpower? If so, what would it be?

When I see everything we have created together, I think that all of you, my employees, are my accomplished superpowers. I’ve put you all together on a pile, secured jobs and the future we all currently have.

What is DOK-ING’s biggest current comparative advantage for market employees from your perspective?

DOK-ING creates new values ​​that have great and good opportunity, both in Croatia and on the global market. Therefore, being a part of DOK-ING right now should be a pride and honor for all of us.

We know that you are inspired and guided by ideas, would you bet on the horse (idea) or on the jockey (idea owner)?

Throughout my career, I have met a lot of innovators who came to me with various ideas. An idea that stayed in the drawer and didn’t materialize actually isn’t an idea. Also, a lot of times we probably realized that the final product didn’t meet the expectations we had when developing the idea.

I think if there is no fertile ground to develop it into the final product, the idea will not be good. Therefore, everything is important – If you have imagined something good enough, and you have no opportunity to realize it, then it is as if you have imagined nothing at all. If you realized the idea that hasn’t been conceived well from bottom to top – again, it’s not good.

So both the horse and the jockey play an important role in the idea creation and realization.