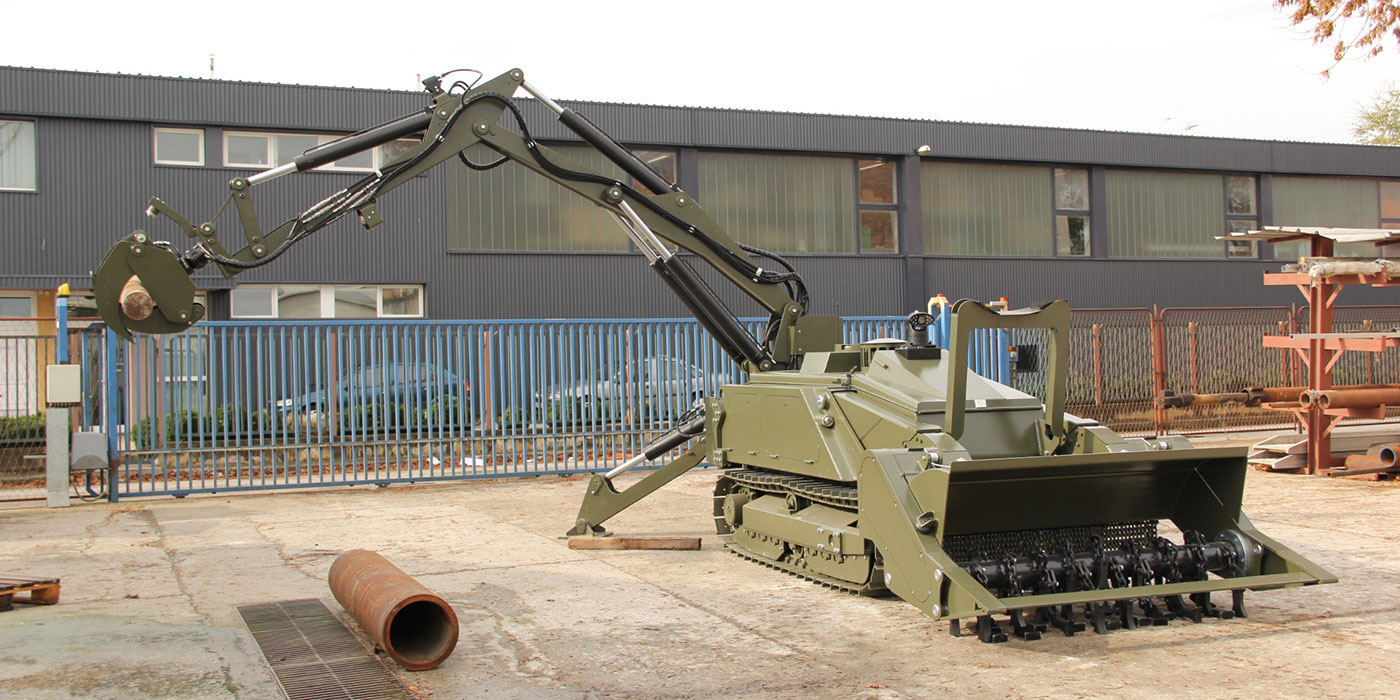 Initially, the Swedish Defense Materiel Administration (FMV), on behalf of the Swedish Defense Forces (FM), procured 1 (one) DOK-ING MV-4 demining mini-flail during May 2002, which was successfully tested and evaluated at SWEDEC during the same year. It resulted in MV-4 numerous improvements and later in 2003 FMV procured further 4 (four) more MV-4 mini-flails, making a total number of 5 (five) systems in their possession. The main MV-4 mission at that time was to ensure Swedish active participation in the humanitarian demining operations within the scope of operation of the SCANDIC Brigade worldwide.

After 9/11 a previous standard mine threat has significantly evolved into a more complicated and highly lethal IED-oriented tactics imposed by different terrorist and radical paramilitary groups targeting both military, international and humanitarian organizations. Because the older MV-4 did not meet new threats in adequate way FMV replaced them in 2011 by the latest 4 (four) MV-4B Robotic Systems, with extra procured 1 (one) Segmented Roller, 1 (one) Rotational Gripper and 1 (one) Video Camera System for test and evaluation with the latest MV-4B version. The new expanded mission of the MV-4B Robotic Systems was directed toward Route Clearance.

To improve the existing capabilities, the new contract for MV-4B upgrade was signed by FMV and DOK-ING in October 2017, which was successfully completed early June 2018. As the logical contract outcome the Swedish Royal Engineers received: